Dan Sarofian-Butin
Dan Sarofian-Butin, PhD, is a Full Professor in, and was Founding Dean of, the School of Education & Social Policy at Merrimack College. Dr. Sarofian-Butin is the author and editor of almost 100 academic publications, including eight books, several of which have been translated into three languages. He has been named as one of the top 200 "Public Presence" Education Scholars five years in a row and blogs at the Huffington Post and InsideHigherEd. 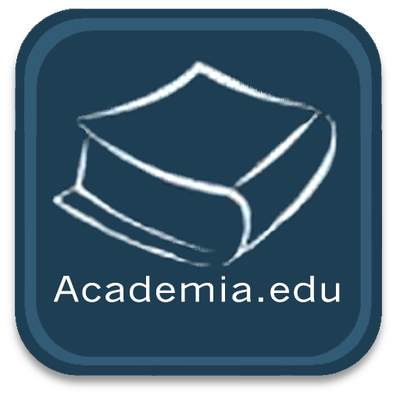 Public scholarship is a major component of my academic work. Bridging theory and practice – what is oftentimes referred to as translational research, the scholarship of engagement, or public work – is a critical component of linking academic work and public practice. My public scholarship – which includes blogging and writings in general audience publications – is viewed by 100,000+ readers. I have been interviewed in national and international media outlets such as the Los Angeles Times, the BBC and Forbes magazine and have served on national task forces for MIT, AAC&U, the US Department of Education, NSF, and the Carnegie Corporation. I have been honored five years in a row as one of the top two hundred “Public Edu-Scholars” in Rick Hess’s Influence Rankings. As Hess writes on his EdWeek blog, the list is meant to honor and rank “the 200 university-based education scholars who had the biggest influence on the nation's education discourse last year…[The] rankings reflect, in roughly equal parts, the influence of a scholar's academic scholarship, on the one hand, and their influence on public debate as reflected in old and new media, on the other” and provide a “sense of a scholar's public footprint in the past year.”

My academic research has been published in some of the top journals and by some of the top publishers in their respective fields and cited in thousands of academic publications.  My books have been reviewed in numerous academic journals, such as Teachers College Record, Educational Studies, Anthropology & Education Quarterly, and the Michigan Journal of Community Service Learning and several have been awarded prestigious awards and translated into Arabic, Korean, and Chinese. My books and articles are used in dozens of undergraduate, graduate and doctoral programs around the country and internationally. Joel Westheimer, at the University of Ottawa, called Service-Learning in Theory and Practice “intellectually honest, theoretically sophisticated, and deeply impassioned…This book will shake your assumptions about service learning in all the right ways.” Benjamin R. Barber, Distinguished Senior Fellow at DEMOS and the Walt Whitman Professor Emeritus at Rutgers University, praised The Engaged Campus as a “must-read for everyone who cares about democratic citizenship, from college students and university faculty to community organizers and civic NGO leaders.”

Dan Sarofian-Butin, PhD, is a Full Professor in, and was Founding Dean of, the School of Education & Social Policy at Merrimack College. Dr. Sarofian-Butin is the author and editor of almost one hundred academic publications, including eight books, several of which have won prestigious awards and been translated into three languages. He is the editor of Palgrave’s series Community Engagement in Higher Education, an Associate Editor of the Michigan Journal of Community Service Learning and a board member of the Journal of College and Character. He has been named as one of the top 200 "Public Presence" Education Scholars five years in a row and blogs at the Huffington Post and InsideHigherEd. Dr. Sarofian-Butin has consulted for, among others, the US Department of Education, the National Science Foundation, and the Association of American Colleges & Universities (AAC&U), been a visiting scientist at MIT’s Office of Digital Learning, and has been the keynote speaker at institutions such as Duke University, the University of Toronto, and the Ohio State University. Dr. Sarofian-Butin's scholarship focuses on engaged learning, community engagement, educator preparation and policy, higher education policy, and, most recently, the rise of digital learning technologies and their influence on high impact pedagogical practices. Prior to working in higher education, Dr. Sarofian-Butin was a middle school math and science teacher and the chief financial officer of Teach For America. Dr. Sarofian-Butin has a B.S. in Management Science from MIT, an M.A. in Liberal Education from St. John's College, and a Ph.D. in Social Foundations of Education from the University of Virginia. More about Dr. Sarofian-Butin’s work can be found at www.dansarofianbutin.net. From 2009 through 2016, Dr. Sarofian-Butin founded and was the Executive Director of the Center for Engaged Democracy, which served as a central hub for developing, coordinating, and supporting academic programs – majors, minors and certificates – focused on community engagement, broadly defined.